As promised, I wanted to detail the really special way the NFA convention in D.C. started: with a trip to the Library of Congress to see the Dayton C. Miller Collection!  Curator of Musical Instruments Carol Lynn Ward-Bamford, Nancy Toff, and Loras Schissel really went above and beyond for this, it was so cool.

Dayton C. Miller was a scientist whose discoveries in musical acoustics led to his appointment as chairman of the Case Western Reserve University School of Applied Science Physics Department.  He was also an amateur flutist who amassed a collection of 1,700 flutes.  460 different instrument makers are represented, from America to Europe.  Along with catalogs, music manuscripts, photographs, programs, trade publications and correspondence with early commercial flute makers, his archive is a treasure trove of how the flute (and it’s repertoire) evolved into the instrument we know today.  Anyone can make an appointment and visit the collection. 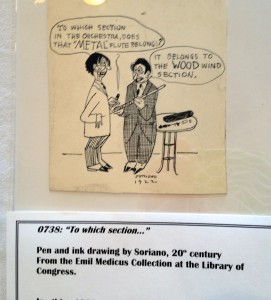 We weren’t allowed to touch anything, but we could take pictures without a flash. 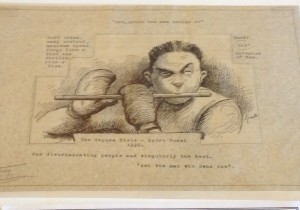 I love this early ad from Haynes featuring a boxer, for the Haynes “sport model” flute!

Then there are Nat Rapport’s sketches of the movement of a flutist during a performance: 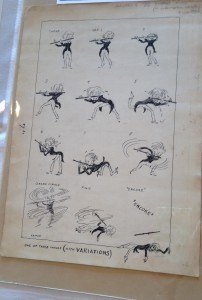 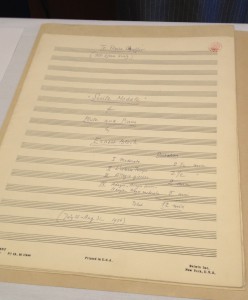 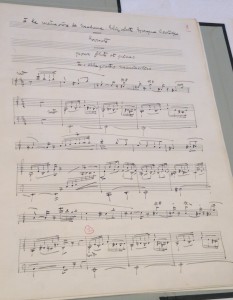 The collection also includes a number of significant manuscripts, including autograph copies of the Block “Suite Modale” and Poulenc’s “Sonata”.

There is also interesting correspondence between Harold Spivacke at the Library of Congress and Francis Poulenc, asking him to clarify the definition of the term “manincolico” (sic).  Poulenc writes back that it should be “malincolico”. 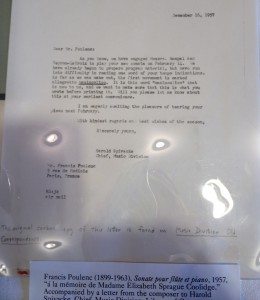 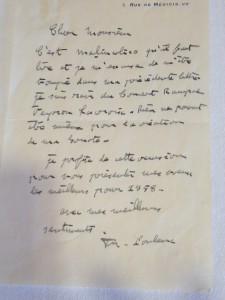 And then there are the flutes! 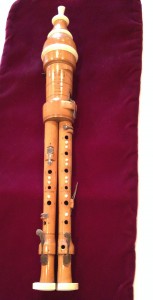 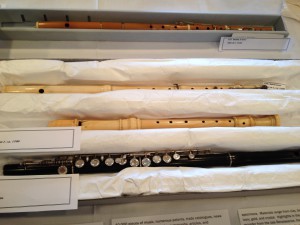 Various flutes and recorders.  At the bottom is a Haynes “special Medicus model” flute from 1939.

This Haynes piccolo from 1897 no longer plays, but note the C key – yes it went down to a C!  This was the instrument used in the first performance of “Stars & Stripes” in Sousa’s band.

The gold flute on top of this picture was made by Dayton C. Miller himself, and became his primary instrument.  The flute on the bottom is a 14K gold Haynes flute from 1920, made for Manuel Berenguer, flute soloist to Galli-Curci: 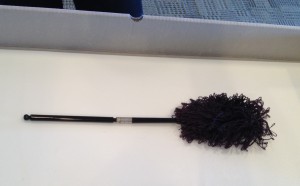 My favorite box: an 1880 Louis Lot flute is on top, then a Theobold Boehm flute from 1847 in the middle, then a diamond faceted-glass flute from 1818, made in Paris by Claude Laurent.  See the bottom picture, each key has an amethyst or garnet! 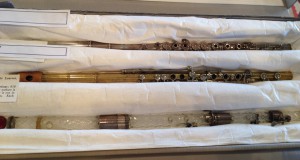 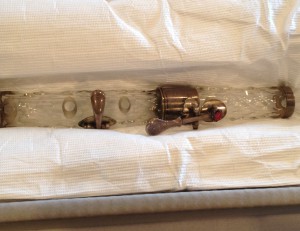 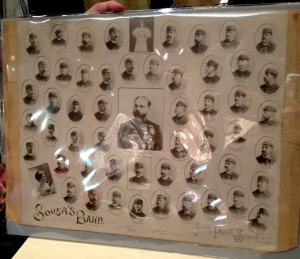 And the crowd viewing the exhibits.  So glad I went, thanks NFA! 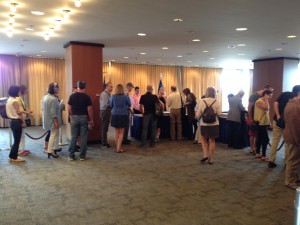 This entry was posted in Flutes around the world, NFA. Bookmark the permalink.