Rebecca Quigley lives in Cortlandt Manor, New York, and established her private studio in 2001.  Rebecca has performed with Collegium Westchester, The Chappaqua Orchestra, Taconic Opera, the Conductor’s Institute at Bard College, The Riverside Orchestra, Croton Chorale and Chamber Orchestra, Cortlandt Chamber Orchestra, and taught at the Skidmore Summer Flute Institute. She is also a founding member of Northern Westchester Flutes, Senasqua Winds, and Tapestry Chamber Music Ensemble. Fluent in Japanese, Rebecca has studied the shakuhachi, or Japanese bamboo flute, under the instruction of Chappaqua  native Ralph Samuelson. Rebecca is currently an Adjunct Instructor of Music at Concordia College.  She served as the Webmaster and Corporate Sponsor Liaison for seven years at the New York Flute Club, and in 2011 joined the editorial advisory board for The Flutist Quarterly, the publication of the National Flute Association. Rebecca is the author of Planning the Music for Your Wedding, published by Cherry Lane Music. She received her Bachelor of Arts from Skidmore College, with a major in Music, and received her Masters in Music from the University of Illinois at Urbana-Champaign. Her primary teachers include Frances Drinker, Alexander Murray, and Jan Vinci. 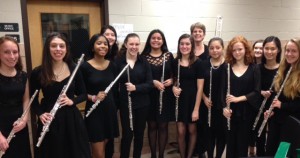 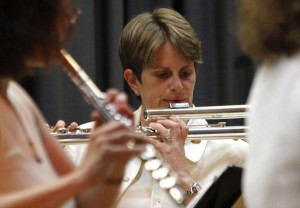